A Week in Bimini 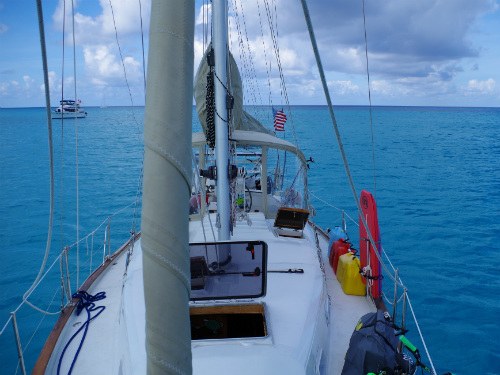 Unfortunately, most anchorages in Bimini are only protected from the west…not helpful for us!

We’ve survived our first week as cruisers and so far, we love it! After crossing the Gulf Stream last Saturday, we’ve been (not so) patiently waiting for good weather to cross the Great Bahama Bank in Bimini and exploring the north and south islands to the fullest. While we tried one night at anchor on Monday, with wind from the east and swell from the south, it was just far too uncomfortable to tolerate more than one night. Luckily, Bimini is one of the few areas in the Bahamas where protected anchorages are in short supply so we aren’t anticipating too many nights in marinas past our first week and possibly one night in Nassau. 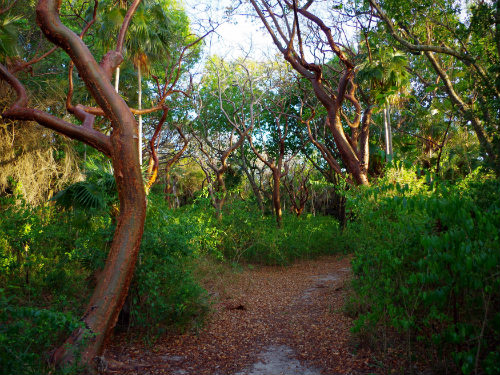 The nature trail was beautiful! Does anyone know what lives here? We didn’t stick around to find out!

The good aspect to staying at the Bimini Sands Marina on South Bimini was the opportunity for easy walking access to some of the natural areas on the island. On Sunday we decided to walk over to the Bimini Nature Trail on the south island. The scenery was beautiful, complete with ruins back-lit by the setting sun, poison bark trees and a crazy looking hive on the path. We decided to retrace the first half of the trail rather than pass by the hive as we weren’t sure what might be living inside, but Carter was convinced that he could scare off anything that might try to attack. 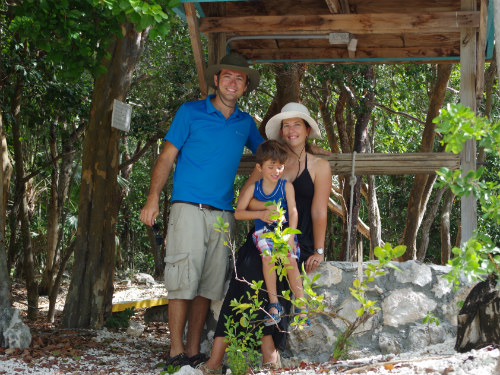 Do we look younger yet?

Another fun spot to visit on South Bimini was the Fountain of Youth. The legend goes that Ponce de Leon set out to discover the Fountain of Youth on his voyages, which he had heard would be found in Bimini. He never found it, but we did! A quaint little well in a wooded clearing made for a pleasant outing and a fun history lesson for Carter. 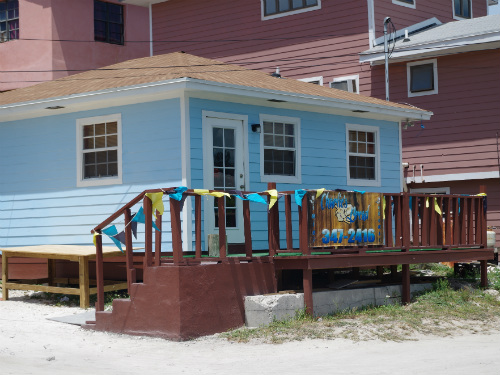 A trip to Bimini wouldn’t be complete without a few loaves of Bimini bread! All along Kings Highway were huge piles of discarded conch shells. One man’s trash is another’s treasure I suppose.

Multiple trips were also made into Alice Town and Baileytown on North Bimini. These two small towns were a extreme shock after being in the hustle and bustle of South Florida for a year! It took me a few times of people beeping their horns on the road to realize that they weren’t saying “Get out of the way, $&%*@(*#$!” but rather just honking and waving at friends they saw walking down the street. We became well acquainted with Kings Highway, the one lane (two-way mind you) main road of town, as we searched day after day for a store that had a BTC SIM card in stock for our phone. Just another reminder that things are different in the Bahamas. Luckily, we finally have one working now which should help with our communications and being able to check the weather easier throughout our trip.

Next, we head out for Cat Cay before our trip across the bank. We’re hoping to be in Nassau by Sunday evening and then on to the Exumas assuming the weather cooperates a little better this time around!